If you plan on taking one of these routes and are looking for an affordable yet traditional Indonesian meal, try the following dishes that you can get for only Rp 15,000 (US$1.04), according to Antara.

Sate Maranggi Haji Yetty is a popular restaurant in Purwakarta regency, West Java. Travelers coming from Jakarta should exit at the Cikopo toll gate and turn right to Purwakarta to reach the restaurant, which is located near Kuya Maranggi Waterpark, approximately 4 kilometers from the toll exit gate.

The semi-outdoor restaurant has long tables and chairs; each can accommodate 14 people. Offering sate maranggi (marinated beef skewers) as its specialty, the restaurant also provides other meat dishes, including sop kambing (mutton soup) and fried snacks.

One skewer of sate maranggi costs Rp 5,000 and is served with sliced tomatoes and bird’s eye chili. These dishes are usually accompanied by rice wrapped in banana leaves. 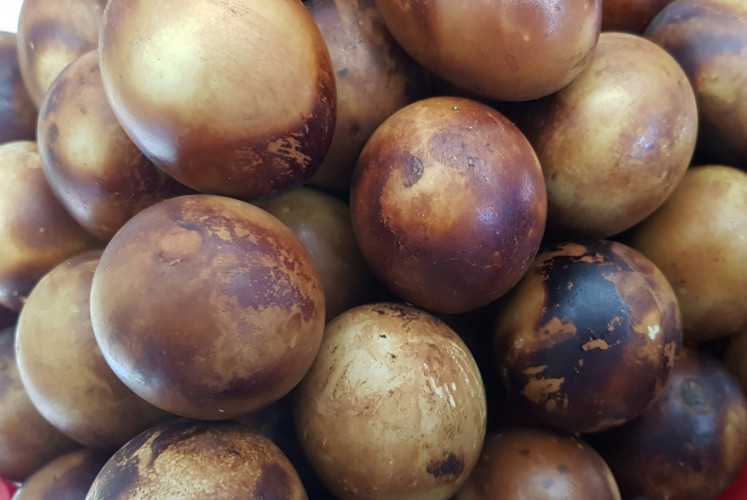 One grilled salted egg will cost between Rp 3,000 and Rp 4,000. A complete package with rice, vegetables on the side and warm tea is priced at Rp 12,000. This type of meal can also be commonly found at the Cipali (Cikopo-Palimanan) highway rest areas.

If you prefer the warm, aromatic broth of soto (traditional soup), stop by Surakarta in Central Java to taste soto kwali. The traditional soup has a yellowish broth that delivers a slight sweet taste at the end. It is usually served with shredded chicken, tomatoes and bihun (rice noodles). One portion of soto kwali will cost around Rp 15,000.

A full set of nasi liwet includes shredded chicken, boiled egg, crackers and sambal (chili paste) on the side. Eateries selling nasi liwet, which can start from Rp 10,000, are a common sight in the outskirts of Surakarta, especially at night. 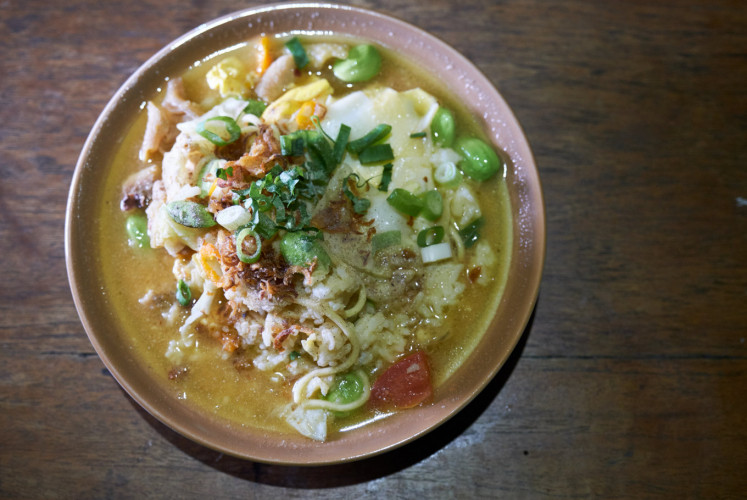 The name nasi godog or nasi rebus (boiled rice) may sound strange, including for Indonesians who are mostly familiar with nasi goreng (fried rice). Hot water is poured onto nasi godok while it’s being cooked with charcoal.

The price of a single portion of nasi godok starts from Rp 12,000 and it is usually enjoyed with warm sweet tea that costs Rp 2,000. The dish can be found in Yogyakarta and the Central Java regencies of Kebumen and Cilacap. (wir/mut)

Silver says NBA participation at Tokyo Olympics may be limited